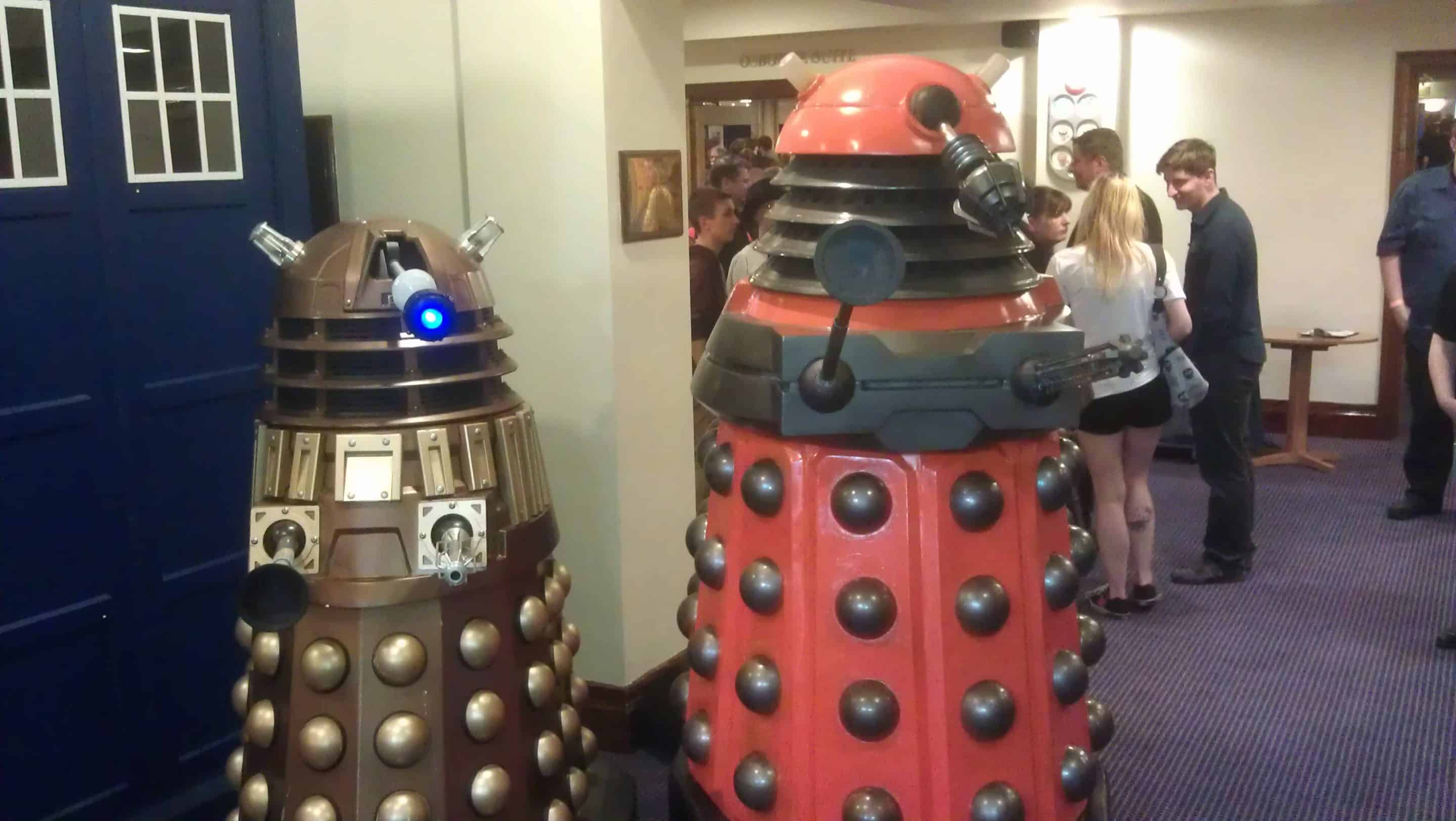 Firstly I have to apologise that today’s photo is nothing to do with Israel or Nablus, but today was a mad day.  if only all time spent standing around counted towards my step count I’d have been racking up the count instead I have struggled today to crack 5,000 steps.

Anyone who knows me will know that I love sci-fi, whether it be in films, TV or books.  So today,  my best friend ‘dragged’ me to EM Sci-Fi convention at the Albert Hall, Nottingham where there was an extensive guest list featuring actors and actresses from Red Dwarf, Dr. Who, Torchwood, Game of Thrones and Farscape to name just a few.

Oh dear, what a badly organised event… they opened half an hour late.  They had obviously over sold the event in advance since we and lots of other people queued for over 2 and half hours outside the venue waiting to get inside and we were the lucky ones, we got in!   Once inside it was sardines in a can time if you wanted to get around the autograph and meet & greet the actors area.  Half the merchandise people probably never even saw most of the paying public since they were tucked away in little side rooms with no signage to say they were there.  I will say that the Q & A panels were well organised and arena they were held in, spacious enough with plenty of seating – very welcome after the chaos outside.

When we left after a good couple of hours, there were still plenty of people with tickets in hand waiting to get inside.  I felt for them, it was cold outside today if you weren’t stood in the sunshine.

A good way to spend a Sunday – maybe not, but it’ll certain stick in the memory for a good while.