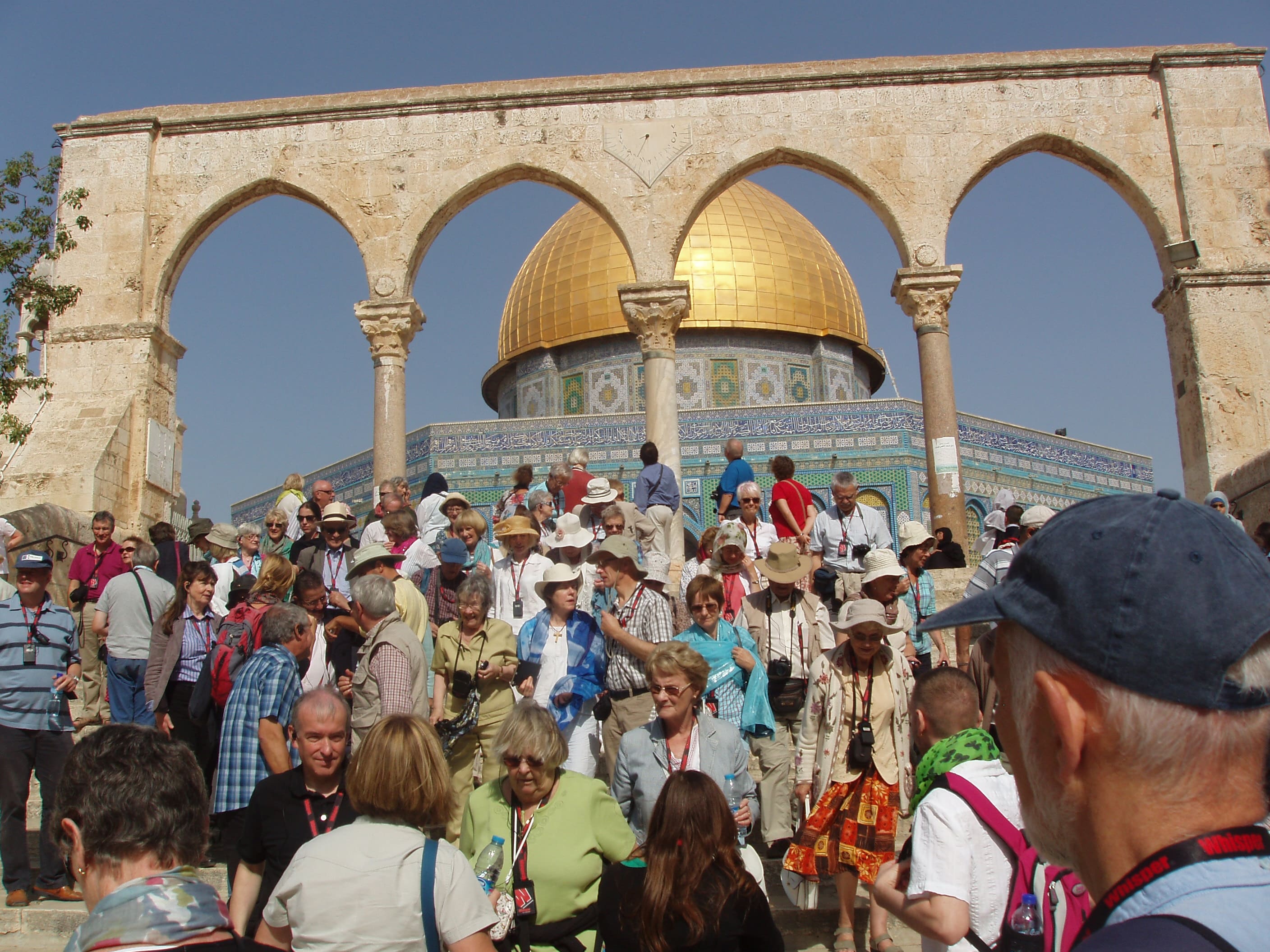 When I started this challenge my sister reminded me that Lent is actually longer than 40 days. Apparently this is because Sunday’s are already classed as a festival day.  Yesterday I took advantage of this fact and took a day off from walking.  My entire day’s step count was a measly 1975 but boy did I feel better for the rest.

Today Monday was a typically sedate day at work, but tonight hubby and I walked into Stapleford for tea and that alone increased my count to over 7,000 steps.  Mind you he’s taken great pleasure in pointing out that his step count today was over 5,000 steps before we walked to the pub.  Now its over 10,000 steps and I want to stick my tongue out at him, just like a little child!

Today’s picture was taken at the Temple Mount just as our big group of pilgrims was disbursing  from having a mass photo taken.  Temple Mount is a Muslim site full of really beautiful domed architecture where the queue to get in was about 1 1/2 hour long even at 8 o’clock in the morning and the security checks were nearly tighter than that at the airport.